Photo 1 of 12, Discarded but Found

A mysterious image for you. This is one of a couple of lantern slides, meant, probably during the first half of the previous century, to be projected using a magic lantern. Now discarded but found in Kampala by the HIPUganda rescue team…

Why would you throw away an object like this? Its size is modest ca. 10x10x0,1cm. Quite hard to be in someone’s way you’d think.

And also, what animals are these? First intuitive hunch from a city girl was bevers, but they seem to be on the big side and high on their legs for that.

It does look like the images on the slides were made in Uganda… But there are not many clues to them. More to follow. Think along with us! 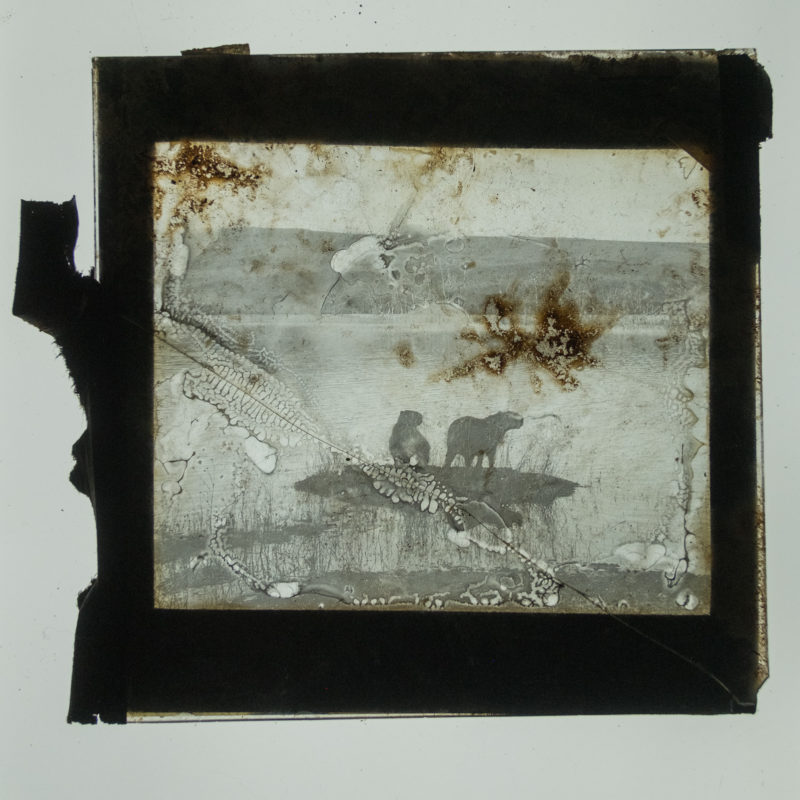 Dieter Fliety Dejonghe (Facebook), “Looks a lot like capybaras, but they are only found in South America.”

History In Progress Uganda
·
#210
Thomas Tebukozza Kakooza (Facebook), “From my point of view, this was a buffalo (on the right),kinda tripped on a floating island (ekisamba),not really an island but it’s usually a mass of soil held together by the roots of shrubs and grasses on it.some are big enough to accommodate a sizable bungalow, and some really small.on the left looks like a lioness, giving a picture that hunter and hunted both got tripped on things piece of ground as the buffalo was trying to run for its life and the predator coming after it.it must have been a great moment taking this… Read more »
Reply comment

They look a bit like capibara. Same group of animals perhaps?