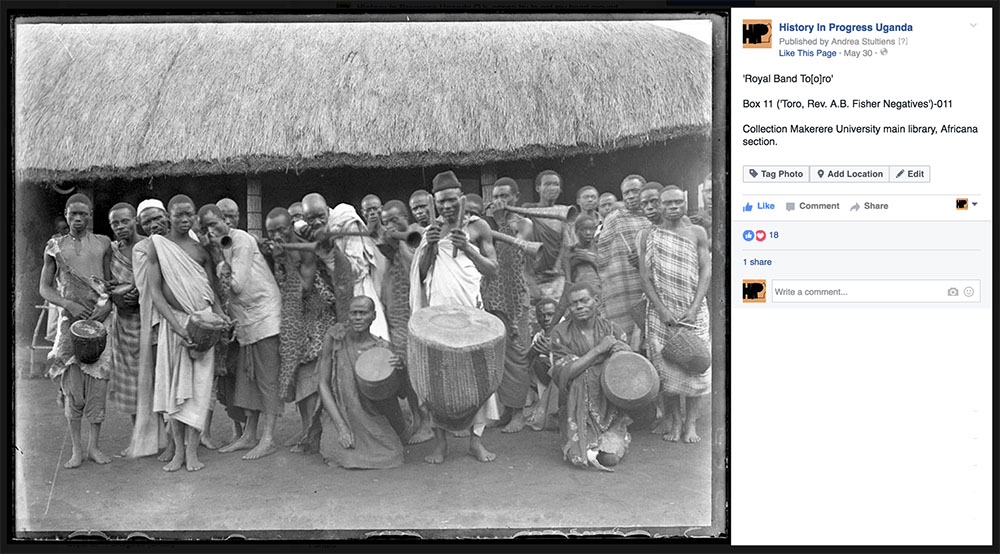 Some of you may have seen this image on our Facebook page. It was posted last Monday after sitting on my heard drive for a while, alongside many others. Waiting to be shared with you. Inspiring the post was last week’s introduction to the Ntuuma Rusoke collection. This collection includes another version of the same image, which created a sense of urgency to share some thoughts on the value of the materiality of photographs with you.

For us – you reading, me blogging – the screen and the internet it connects us to is a reality of its own. A reality that serves, just like photographs, both as mirror and window. We are given acces to the world through a certain frame, therefore it is a window. The way the world presents itself to us depends on the way we browse the internet, therefore it is a mirror.

The sizes of the screen we all are looking at when reading these words vary of course. From smart phone to large desktop screen and anything in between. What all of them share is that artificial light is involved. The object the screen is part of has a materiality of its own. You may be holding it, or looking at it while it stands on the table in front of you. Every photo we digitised and present to you has been reducing the information that comes to you to bits and bytes. Unfortunately there is a lot to the pictures you see that we cannot share with you. We cannot make you feel the surfaces of the photographs. Your fingers cannot go over the folds in the paper. You cannot smell the mould or fungus. Your hands will not get dusty. You may have an idea of the size of the original photographs, but, here too, appearance are pretty deceptive. 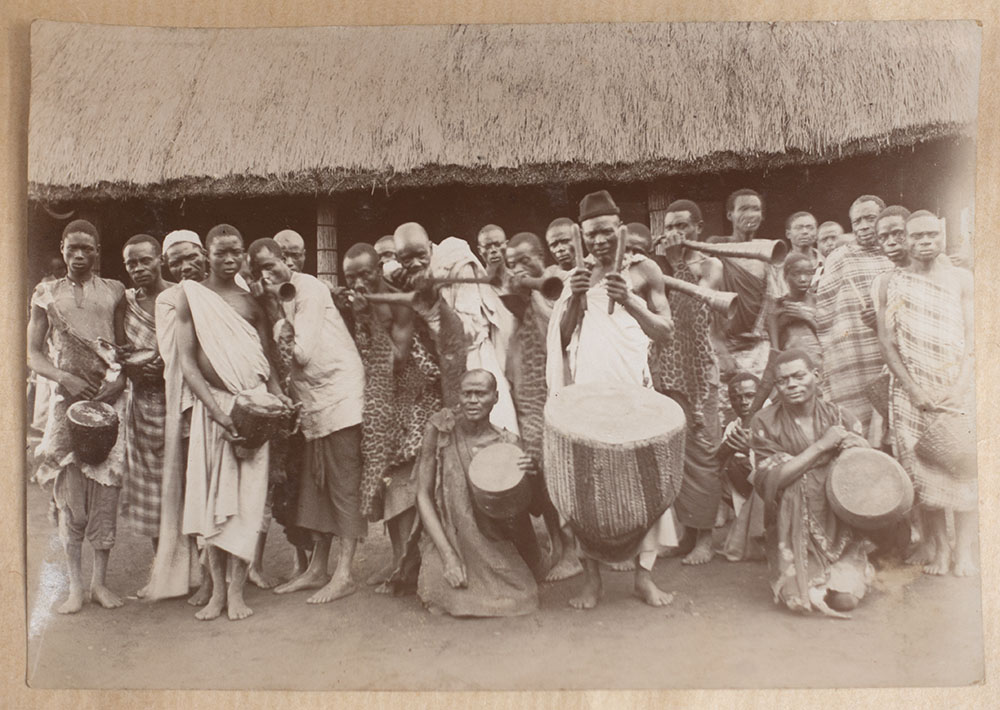 But back to the photograph of King Kasagama’s band. The scanned glass plate negative, that is what you saw on Facebook and or up here, is part of the collection of Makerere University. When speaking about it amongst ourselves we refer to it as the Schofield collection, but Dr. Schofield is only one of the two photographers whose images are part of it. Some of the negatives are significantly older than others. And most of those were in boxes labelled with another name: Rev. A.B. Fisher. Arthur Brian Fisher was a missionary in several parts of Uganda between 1890 and 1904. The negatives made by him are not dated more specifically.

The print that showed up last week put a more precise date to this image and a couple of others. According to the handwriting on its back, this window allows you to look back in time to 1902. The back of the photograph tells us more. That the picture at one time was glued onto an album page. And that this album page was black. Finally there also is a number. 6. Following what Pat Kaganzi, the current custodian of the collection this print is part of told us, the photograph was given to his grandfather by Rukirabasaija Sir George David Matthew Kamurasi Rukidi III, Omukama of the Kingdom of Toro from 1928 until 1965. This band was his father’s, Rukirabasaija Daudi Kasagama Kyebambe III (it is such a pleasure to include these titles and names…). Mr. Kaganzi’s grandfather, Samson Rusoke, was not yet born when the photograph was made, but he did know a lot about them and made sets of photographs. Mr Kaganzi said that there was a narrative that came with these sets, but the text sheets are unfortunately no longer available. Nr. 6 might help us to reconstruct some of Samson Rusoke’s logic, and with that, his story with the images. For now we’ll have to imagine what he might have wanted us to know about his photo collection. Would an ‘us’ have been something that Samson Rusoke could have imagined?

Us. I imagine us. Sitting behind screens. Inside or outside of Uganda. Interested in Uganda’s history… Or maybe ‘only’ in old photographs… Would ‘we’ even be able to understand his story, if he would share all he knew about the Tooro Kingdom with us? Or are we too far removed from that, in time, in language, in culture? 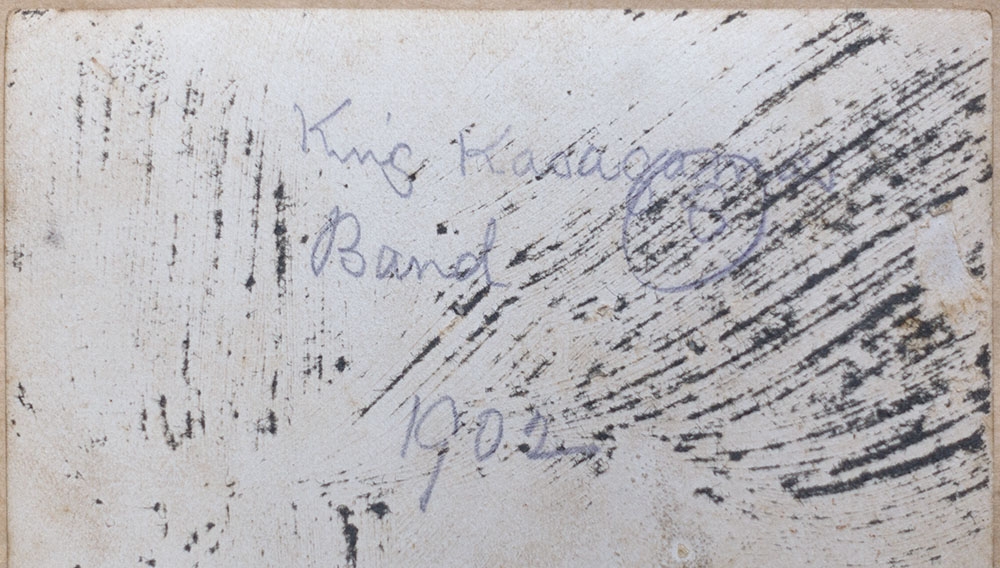 Anyway. Nr. 6 may just as well turn out to be a dead end. And we have to work with what these digital versions of print and negative can tell us. It is already a luxury, actually, to be able to connect a negative with a positive, which also suggests that Rev. Fisher made prints his negatives, and gave them to the people (or at least their King) he photographed.

We will come back to both the Schofield collection and the Ntuuma Rusoke collection in future posts. And it will be hard to avoid the implications of treating the pictures we work with as image/objects, in which the objects contain, just like the images, lots of information. That is blogging in progress for you.