Staying Alive 6: One Eye One Camera One Institute 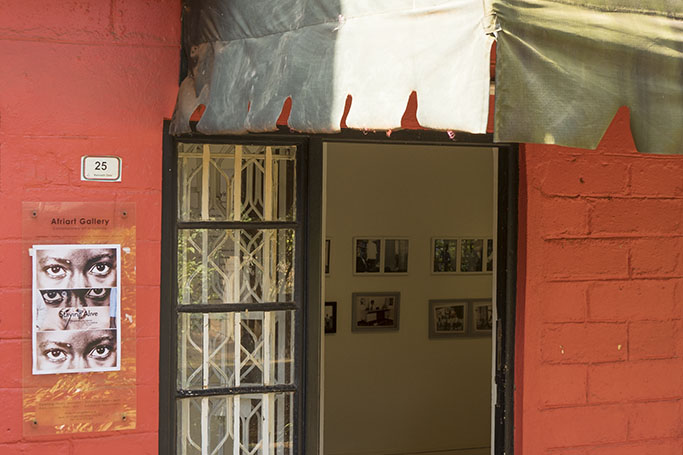 Last Friday the Staying Alive book was launched with an exhibition at Afriart Gallery in Kamwokya. Below you find documentation of the evening including the moving and informative speech delivered by Prof. Olweny, former director of the Uganda Cancer Institute, after receiving ‘the first copy’ of the publication.

The exhibition can be visited daily between 9am and 6pm until Saturday the 26th of August 2017.

Over the past 15 years we have had many exhibitions in this gallery. They included photography, but we never had a show like this, showing among others historical medical pictures. We are very happy to be able to present new art that is finding new audiences and welcome you all here.

While doing my research on the Uganda Cancer Institute I found a memo written by Professor Olweny in the early 1980s talking about his vision for the Cancer Institute. And now it, he is here:

Change is necessary, but continuity is important. Seeing some of the photographs in the gallery almost brought me to tears. I saw there the picture of Paul Carbone. Most of you may never have heard of Paul Carbone. But he was the very first person who came as the head of the National Cancer Institute of the United States. He had gone to west Africa, he came to north Africa, he went to South-Africa. Then finally he ended up at Makerere Medical School in 1966 and said

He was looking for an institution that could work collaboratively with the National Cancer Institute, and he found it here. At that time all oncology issues at Makerere Medical School were handled by the department of surgery. Professor Ian McAdam told Paul Carbone

‘go and talk to Sebastian Kyalwazi.’

Sebastian Kyalwazi was the first surgeon practicing in the whole of the East African region. His first posting in Uganda was in Mbale hospital. I was a medical student then. He got a scholarship and went to Czechoslovakia, did some training in oncology and got very interested in it. When the idea to start the Cancer Institute came up, Paul Carbone discussed this with Sebastian Kyalwazi, and it worked out very well. The following year, in ’67 the centre was founded. An 18 bed ward treating childhood lymphomas, mostly Burkitt’s lymphoma and Hodgkin’s disease.

I mentioned Burkitt. Again this is a figure you can see in the gallery. Denis Burkitt was a surgeon, he taught me surgery. I remember when we were being introduced because of our clinical work. Ian McAdam, also head of surgery told us

‘you may have heard of that man, dr. Burkitt. He had one eye and a camera. He became famous. You with two eyes can do better!’

This is true. Dennis Burkitt had only one eye. But where did Ian McAdam’s remark on the camera come from?

It was Burkitt who said

‘no! I think these are one and the same disease presented in different areas’.

He then bought himself a camera and drove around the whole continent of Africa. He had pictures of children with this swelling, some in the tummy, some in the jaw.

He would go to the next place

He mapped the distribution of this disease all over Africa and noted that this map coincided with the malaria map. He then said

‘I think this disease is caused by a virus and that virus must be mosquito born, because it is mosquitos that cause malaria.’

He was not far off. Because of his creativity, his thoughtfulness, in 1964 at an international conference in France it was unanimously agreed that this disease was called Burkitt’s lymphoma. And it still is Burkitt’s lymphoma today.

I thank you for those pictures. They bring back memories. Each time I look at them I feel like shedding tears. Yet I have to hold back. It is wonderful to see the Cancer Institute changing. Unfortunately most of the people look at the negative side.

Oh, the radio therapy machine is broken down.

Those were the good old days. Now it is most impressive, most rewarding to still be here. To see the Fred Hutch Centre. To see the six level cancer ward up on the hill with one hundred beds for cancer patients. To see the development of East African oncologists and without You, this would not be a reality. I am indeed humbled to see what went before us. And I hope it will continue. 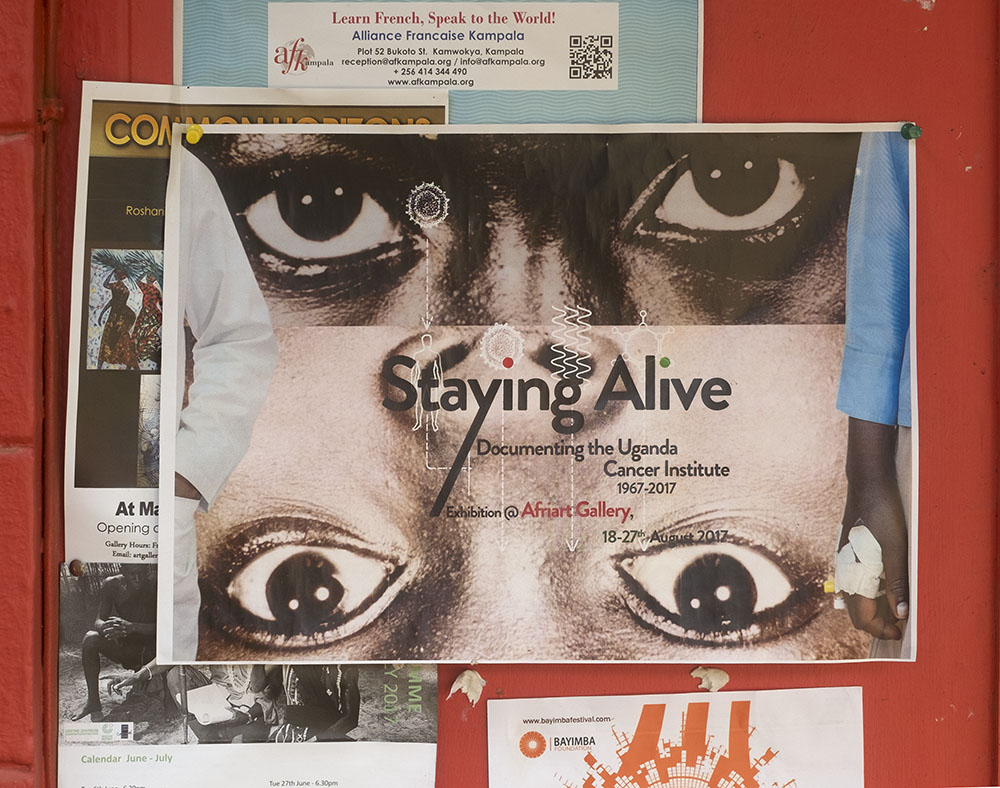 Read more and see more photographs of the evening on the website of the Independent.