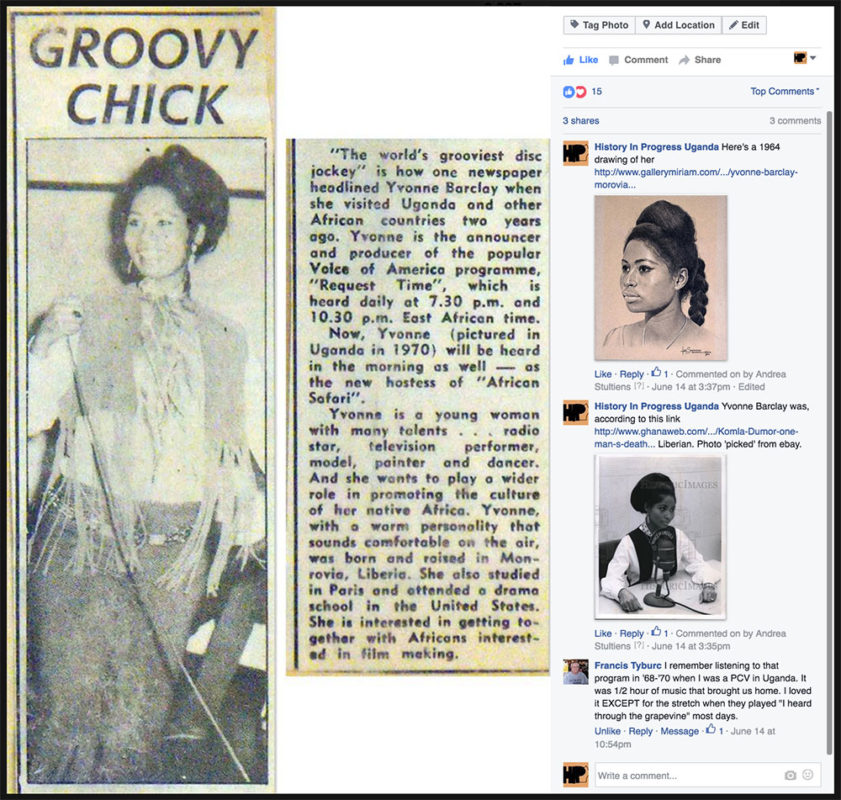 This weeks most popular post according to Facebook’s ‘insights’ is rather surprising. It is not a photograph of a king or a president. Not even of someone Ugandan. But of someone who visited Uganda, two years prior to the photograph being published in Uganda. Someone from another side of the continent (Liberia), and someone working for a medium that doesn’t need a pretty face; radio. It reminded me of some radio faces I saw in another collection. Radio faces who did not, and still do not have names. Could this be an opportunity to find out who they are? Could there be grandparents who remember listening to them? But then how would they have known their faces?

In the photos below we have probably gone about a decade back from when the photo of Yvonne Barclay was made, to the years before Ugandan independence.

Did these Radio Uganda ladies tour the country? The continent, like Yvonne Barclay did? Did they appear in news papers (if not, what were these photos made for)? Or were they, as seems to be the case, looking at these photos, reading the news from newspapers?

Were Ugandan radio voices stars back then? Or were they just invisible ‘groovy’ chicks? 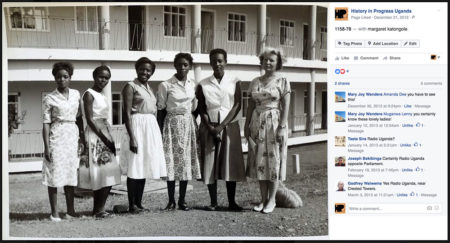 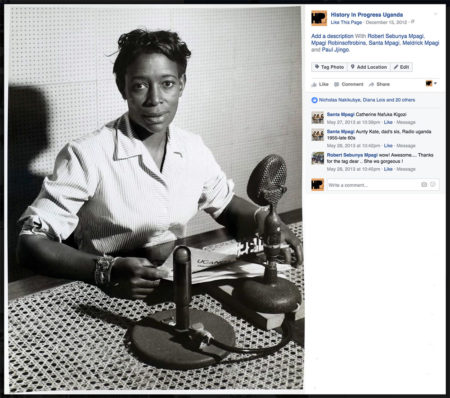 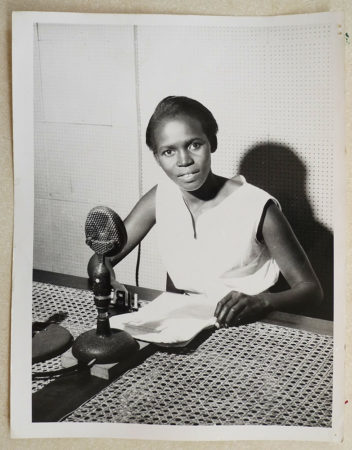 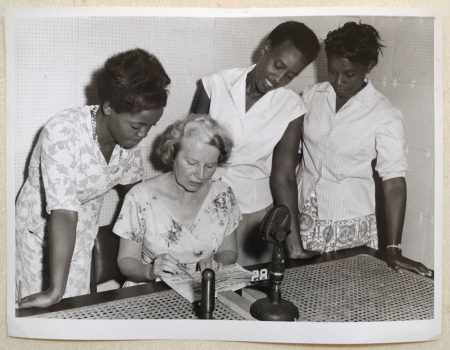 The photograph of Yvonne Barclay appeared in an album of a pdf found online with ‘Ugandan News pictures‘ from the early seventies.

The photographs of the radio presenters are part of the ‘British Protectorate department of information, photographic division’ collection. There’s a 1, a 2, and a 3 album because back then, initially, Facebook didn’t allow albums to take more than 200 files in them. These photos are part of album nr. 4. 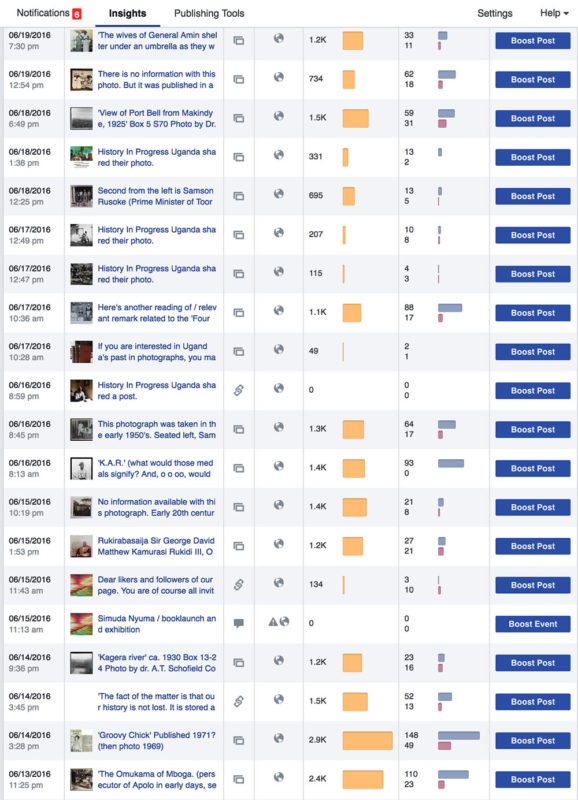