During a phone call this morning my friend on the other side of the line reminded me that today is ‘an important day for the Kingdom of Buganda.’ Today is May 24th 2016. Eng. M.W. Wambwa, whose photographs and memoires form the basis of the Ebifananyi 5 book, wrote about that same day, half a century years ago:

‘A strange event threatened the civil society for the first time in the history of Kampala and it was then that I first learnt of the word curfew.

A fracas disturbed the tranquility of the city on May 24 1966. Earlier in the day, I was at Nakivubo when I noticed a dark cloud coming out of Lubiri. It cut short my work day and I drove back to office under the thought that probably there was a function at Lubiri, since the Kabaka was also the Head of State and it was a United Nations day. Going to office was wasted effort so I went to Kololo nightclub in pursuit of knowledge about happenings in the city as the ominous cloud was still on my mind. Even there nobody knew anything but news trickled in while levelers enjoyed the evening. Then suddenly hell broke loose and everyone had to find cover by any means when the radio announced a curfew from 6pm to 7am beginning that very evening!

When I finally reached home on Acacia Avenue it was dark and to my great surprise no soul was seen in the compound. My young brother Karoli Musomere and the children had locked themselves up as military mistook my house for the residence of General Amin, who then resided next door to us. The army trespass into my compound was a traumatic event, which we overcame only with time.

A new chapter had been opened in the history of Uganda and everybody agreed that it was a disturbing event that was most unfortunate. Uhuru Na kazi was now replaced with Uhuru Na vita because the fracas ended the golden days everybody enjoyed since independence.’ 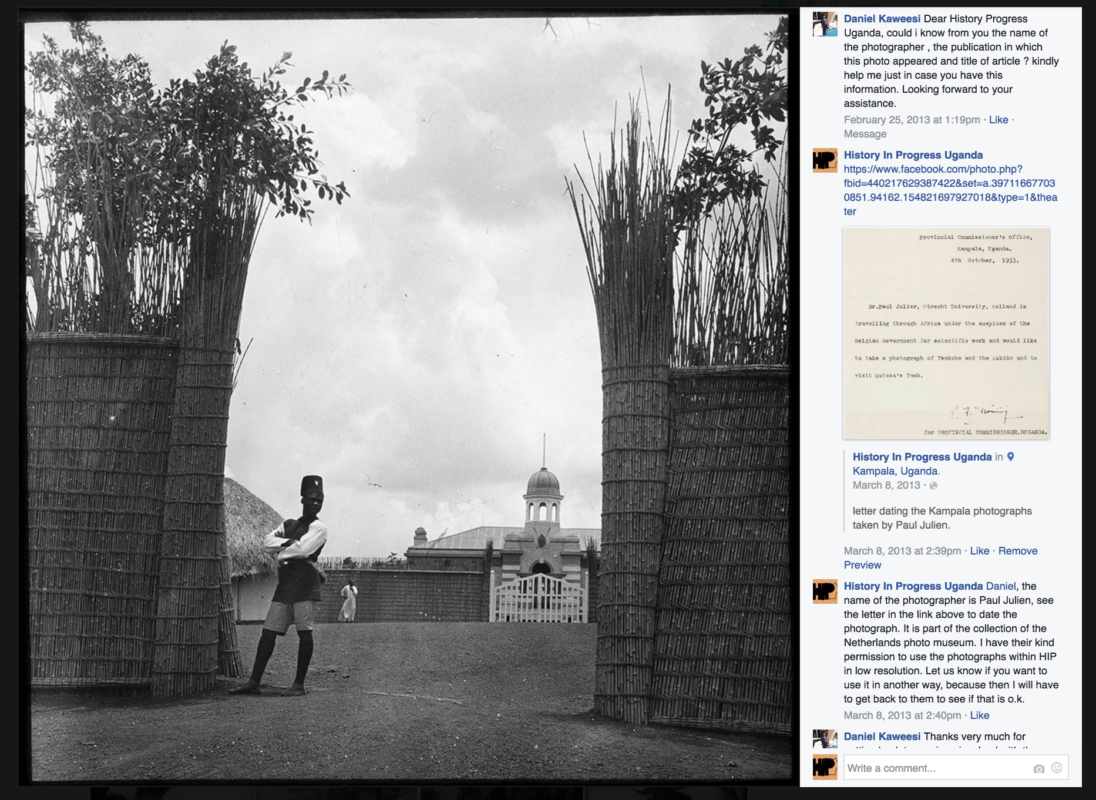 Towards the end of our City Remixing exhibition at Makerere University Art Gallery an Ekyoto evening took place. There were about 35 people present. Most of them artists and under 40. I read this piece of text for them, expecting them to know what this was all about. I liked the fragment because, I thought, it was abstract enough for non Ugandan audiences to not feel left out or lost in facts and figures, and clear enough for Ugandans aware of their history to feel connected to what was narrated. But that was not the case. Only one man raised his hand and explained that this was about the attack on the Lubiri. He was older than most of the people present and, more importantly, knew because of his personal interest and position. He was the chairman of the UPC, the party that was led by Milton Obote, who also gave the orders for the attack. With that information out in the open another voice spoke up. ‘Yes, I heard about this from my teacher in Secondary School, but that was only because he added this to the curriculum’. 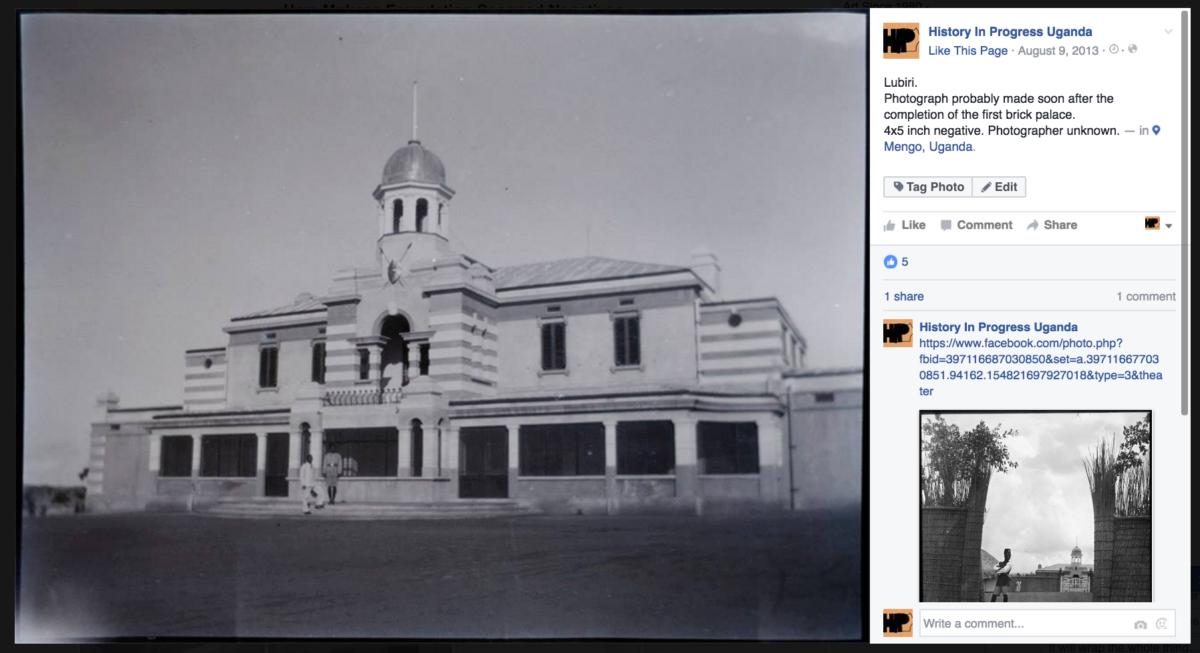 All the photographs in the screenshots with this post were made of the palace (Twekobe) before it was damaged by the attack. It was rebuilt in the same style but significantly bigger. The images come from three different collections and can be found in four different albums on our Facebook page: