“Dan Nkata, honorary Secretary of the Uganda Football Association (UFA) with Sir Edward Mutesa II (Kabaka of Buganda/1st president of Uganda/also Patron of Uganda Football Association) talking to the captain of Walthamstow Avenue Football Club which had visited Uganda in October 1962. WAv FC was an English football club based in Walthamstow in London, established in 1900, and was one of the most successful amateur clubs in the country during the 1950s. The club ceased to exist in 1988 when it merged into Leytonstone/Ilford, who later became Redbridge Forest and merged with Dagenham to form Dagenham and Redbridge” 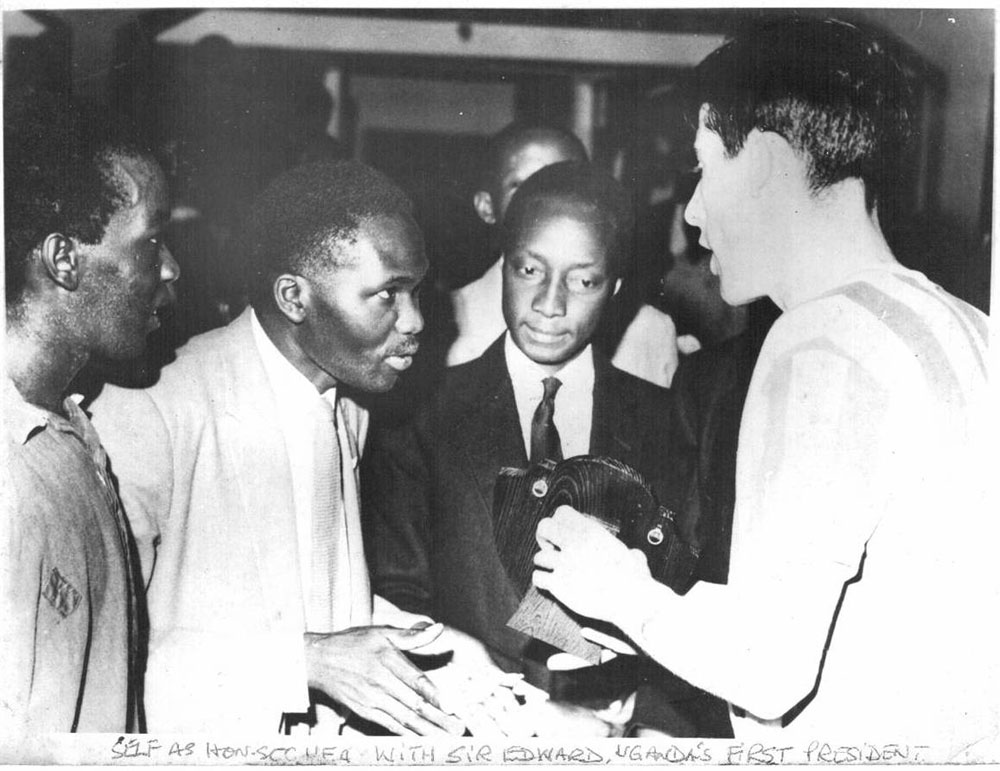