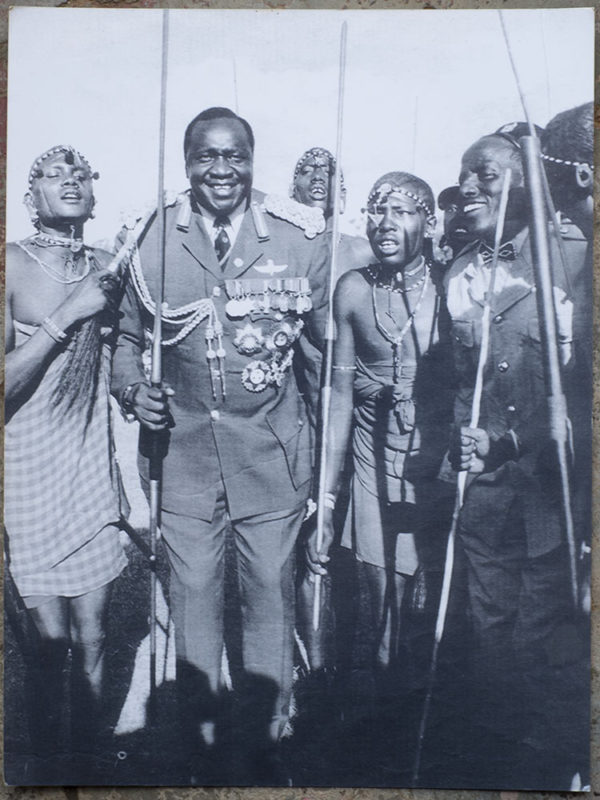 Violet Lynus Nantume (Facebook), “In Ugandan history, today (7th August 1972) marks exactly 41 years since “His Excellency, President for Life, Field Marshal Al Hadji Doctor Idi Amin Dada, VC, DSO, MC, Lord of All the Beasts of the Earth and Fishes of the Seas and Conqueror of the British Empire in Africa in General and Uganda in Particular”, the boxing champion the Conqueror of the British Empire”, expelled Asian from Uganda. It is also exactly ten days since former Amin’s vice president, Gen. Idris Abataki Mustapha passed on and was put to rest in Koboko District!”

Any caption for this photo? Where was it taken from?

This particular copy is without credits, it is a reproduction.