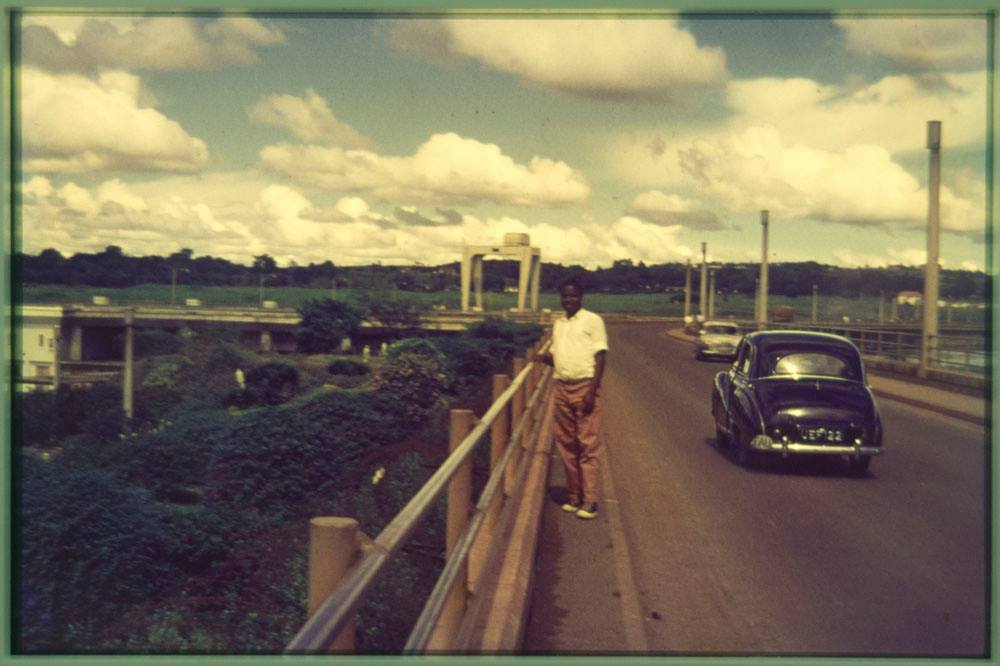 The seventh of January 2019 will, among many other things, go down in history as the day Eng. M.W. Wambwa was laid to rest.

Engineer Wambwa was born in the Uganda protectorate and educated in the era leading up to his country’s independence. As so many others he lived through and was affected by the political turmoil that followed. He made it possible for us to relate to history through his writing and photographs. Engineer Wambwa was capable of re-centring history from the usual western perspective to the places he lived in and knew most about while keeping the local connected to global developments.

We got to know the Engineer through his last-born daughter Mary, who thought that his picture collection might be of interest to us. She was right.

Engineer Wambwa was, thanks to his mother who made sure he had the opportunity to be educated, a town planner in Kampala and Mbale. He told us that becoming a reporter, in writing and pictures, would have been his second vocation of choice in case the engineering did not work out.

Boxes full of colour transparencies, produced mainly during the first half of the 1960s, as well as an extensive autobiography support this statement. Engineer Wambwa gave us the opportunity to see fragments of 1960s Kampala, Mbale and Bugisu in colour, which is unusual. His biography makes it possible to understand the times in which he grew up, was educated, practiced his vocation and his Roman Catholic faith. For now only a very limited number of quotes, lifted from his writing, is available to the public in the fifth book of the Ebifananyi series. We hope to be able to contribute to a wider distribution of Engineer Wambwa’s memoirs, so that we will all remember him and have an additional opportunity to relate to his times through his most interesting and relevant voice.

We wish Engineer Wambwa’s wife, children and others close to him strength in dealing with their loss.

Photograph above, Engineer M.W. Wambwa in the early 1960s at the Own Falls dam in Jinja, from his personal collection.

Photograph below, Engineer M.W. Wambwa in his home in 2016, receiving Ebifananyi 5, a publication reflecting on developments in urban environments in Uganda based on his photographs and writing.

Selected slides made by Engineer Wambwa have been published on this website.

Some of Engineer Wambwa’s slides and a few digitised printed black and white photographs can be found on our Facebook page.

Ebifananyi 5 can be viewed online here, and is available for purchase at the Uganda Society (in the Uganda Museum), and online. 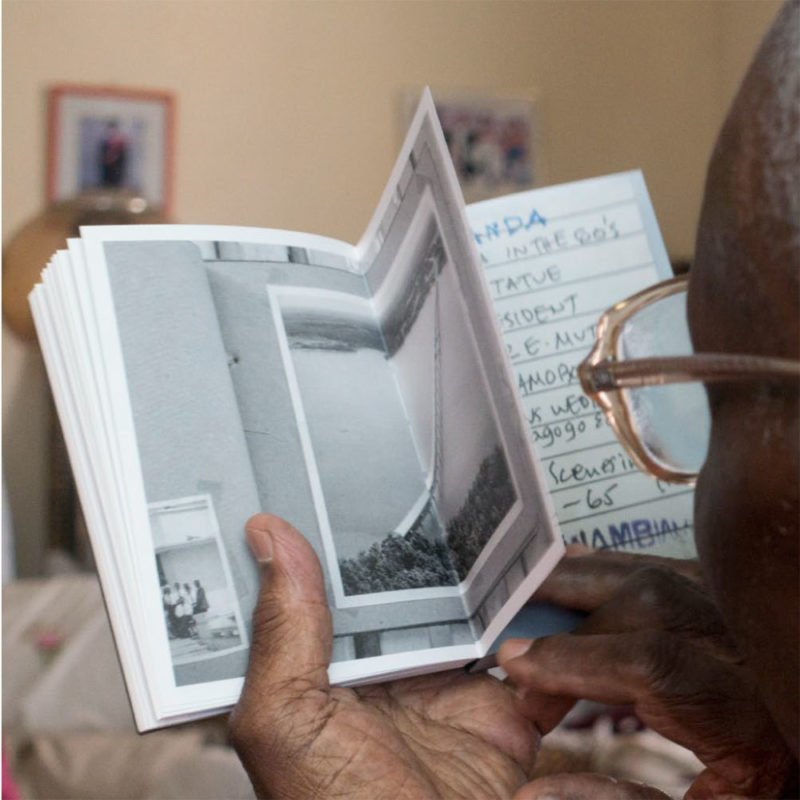