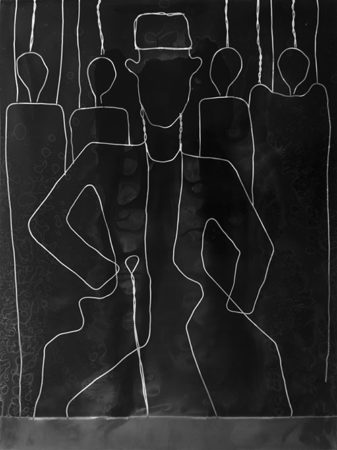 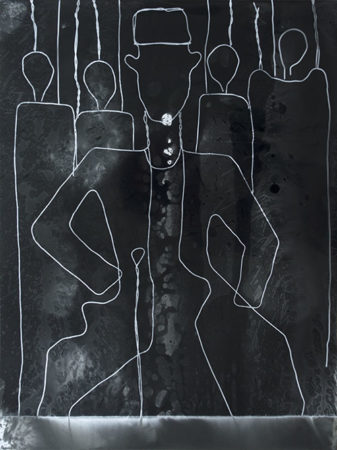 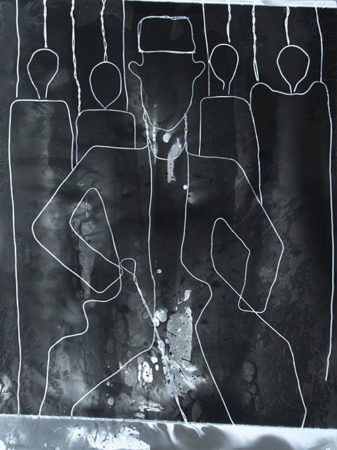 Above, photograms by Daudi Karungi

We look back on what we consider to be a successful exhibition at Makerere University Art Gallery. And we are preparing for the next exhibition that will feature the same content and much more. It will be an overview show of all the Ebifananyi books in the photo museum in Antwerp / Belgium. This means, of course, a big shift in audience. From Buganda, where the photograph that H.M. Stanley made of Ssekabaka Muteesa is part of a history many consider to be theirs. To Belgium, a northern European country with a very problematic colonial past in (seen from Uganda) neighbouring Democratic Republic Congo. What could the value of the photograph be here, beyond that it was made by the man who helped the Belgian King Leopold II to establish his personal colony?

A partial answer to that question came from the talks I gave about the Ekifananyi Kya Muteesa venture for students in the Netherlands and Belgium. On all three occasions students received either Stanley’s photo or the engraving based on the photo prior to the lecture. They were given the assignment to send me a description of the picture.

In those descriptions I read about men wearing dresses, positioned in a hierarchical way. About Arabs, or were they Africans? About ethnographic encounters that somehow turned the posed and staged scene others saw into an event; some sort of ritual that was documented.

Among the master students design, who I spoke to yesterday, one of the readings went beyond the assignment. Vasilis van Gemert connected to Ekifananyi Kya Muteesa in a way that gave me goosebumps. And confidence that the Belgian show may resonate with people outside of Uganda… 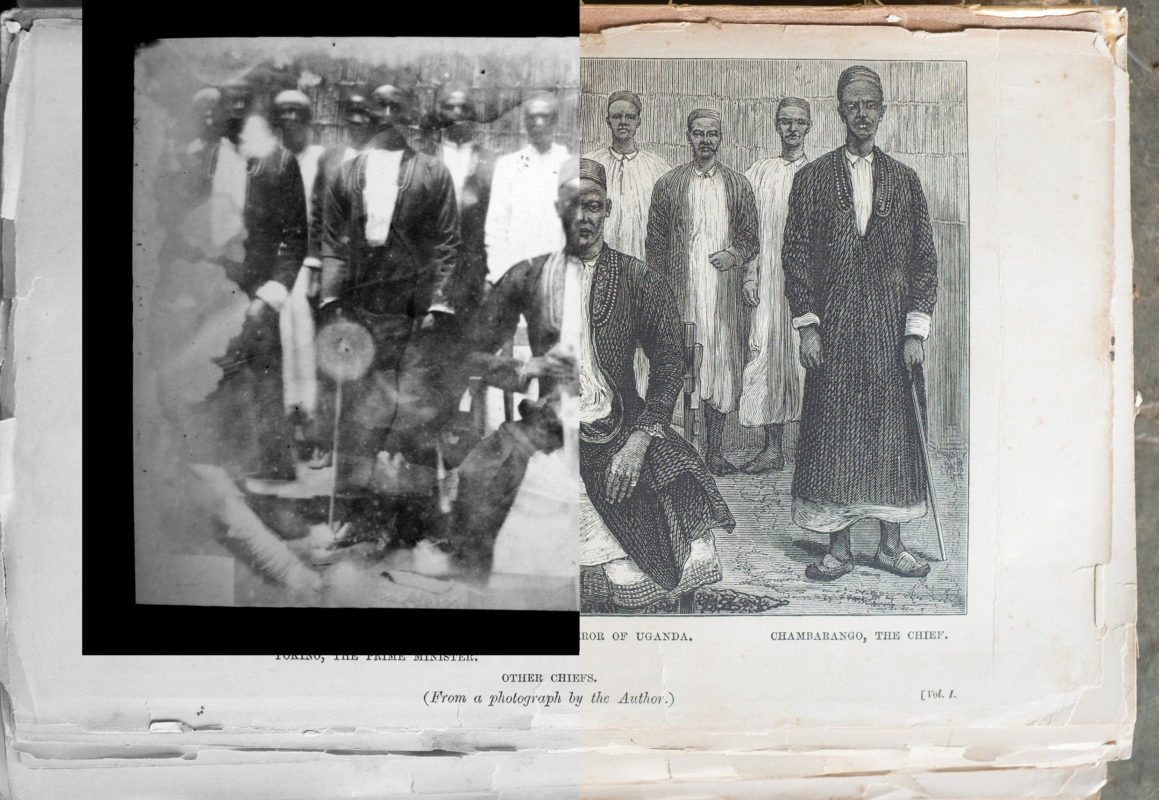 What is it that I see, without really looking, a first impression

I see memories of things I don’t really remember, my grandma’s stories of a life in a previous century. Stories I think she never even told me herself. They’re impressions that in part I made up myself. And in part they’re made up from the tales my family used to tell about our ancestors. About a family of wealthy opium traders in Asia Minor who from one day to another were deported because all Greeks had to go to Greece, and all Turks had to go to Turkey. People who had lived here for centuries, who didn’t speek any Greek, but were, for some reason, considered to be Greek. From one day to the next the rich trade family was uprooted. Back then there was no such thing as UNHCR. My grandma once told me that while she was picking edible plants to eat she was chased away: those were for the goats.

I see my great grandfather, a man I never met. To be honest I’ve never even tried to imagine what he looked like before. No photographs of him exist. Thanks to the stories about the camel caravan he is said to have had this picture fits in. He did not survive the 1921 diaspora.

But it is not a portrait of my great grandpa. This is not what people, things looked like in Asia Minor in 1920.

Things I see when I look a bit closer

I see a drawing of a group of men. The men wear white dresses. Some men wear dark dresses over them. They must be more important. There are men who are even more important whose dresses are decorated with unclear ornaments. They wear pretty pointy loafers. And nice hats. Or are they turbans? Their look is serious. They pose for the artist. A clear hierarchical composition. The most important gentleman is seated up front on a throne on a small carpet. The rest of the men stand behind him. First three people who are really important, and behind them the eight people who are a bit less important. They have walking sticks.

Things that strike me

They’re all old men, there are no women. It reminds me of Trump’s cabinet. No diversity whatsoever. They all look so seriously. Another thing that’s striking is that they want to look old. Nowadays everybody wants to look youthful. Not these men. It’s clear this image was not made recently in The Netherlands.” 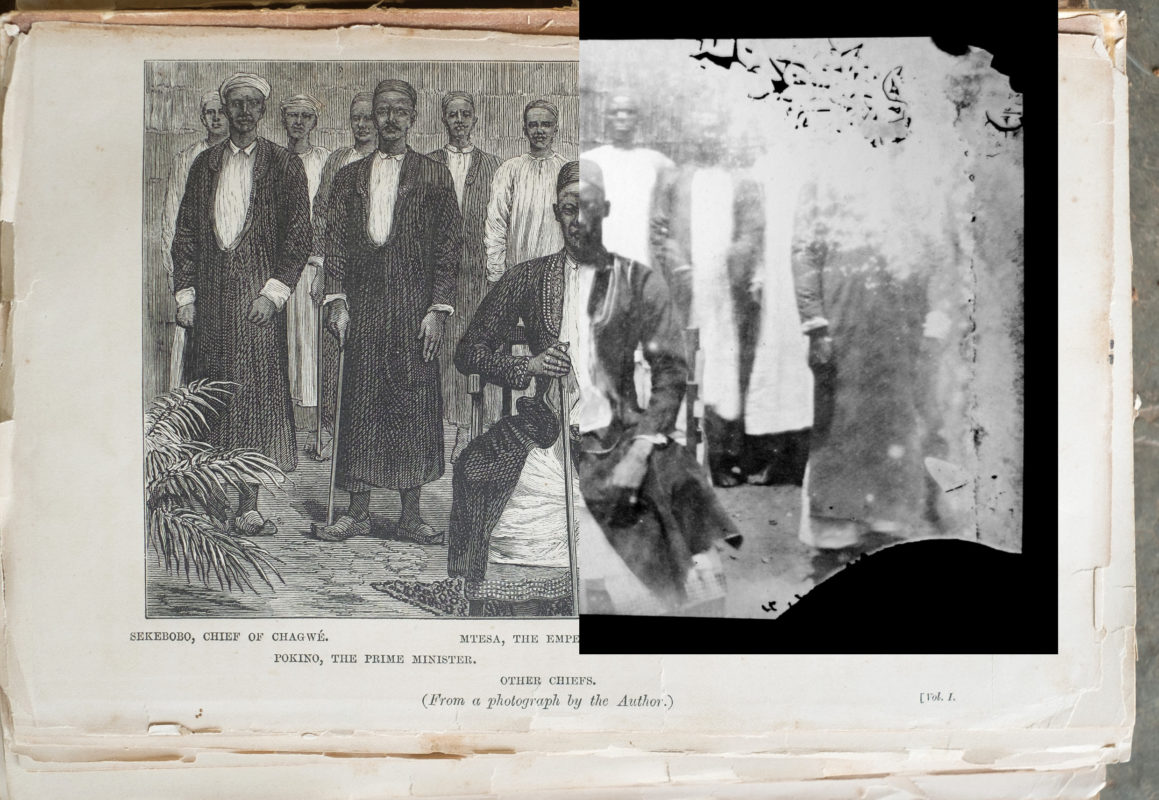 Below, photogram by Daudi Karungi 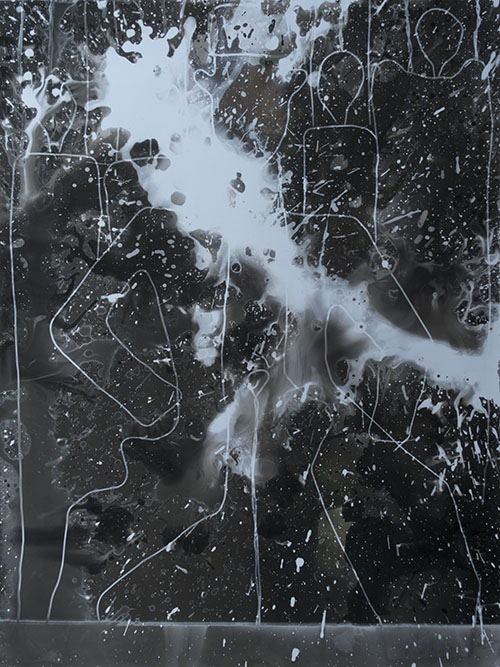 Vasilis van Gemert, the student whose text is quoted above also blogged: https://vasilis.nl/nerd/story-early-picture-uganda/